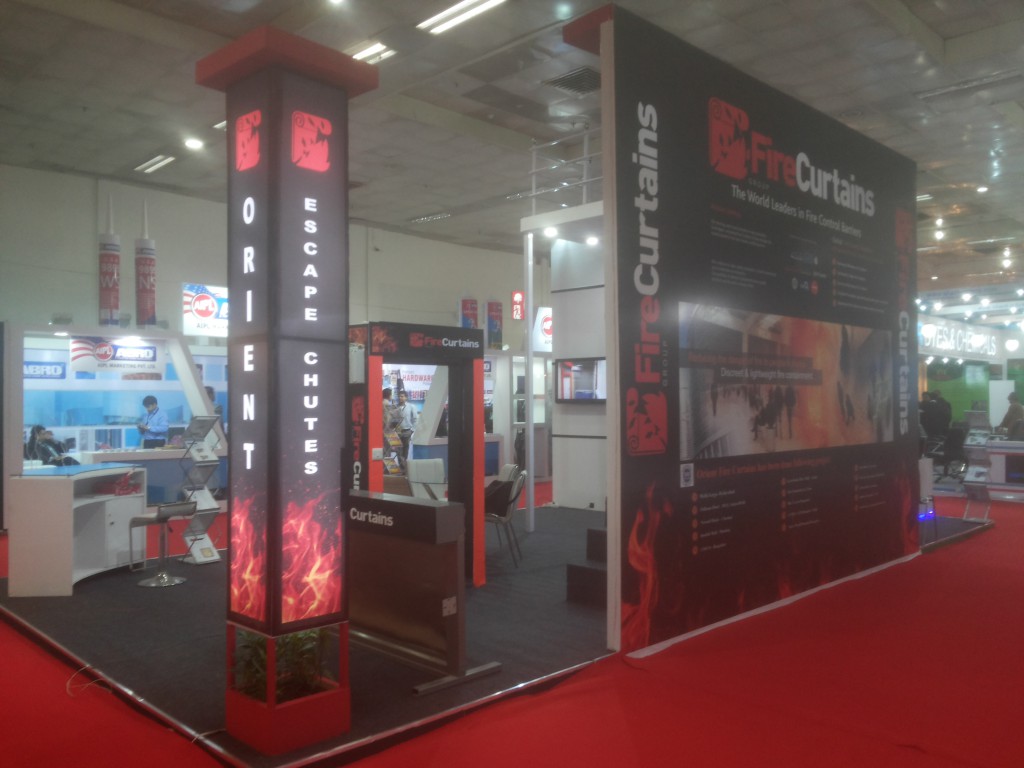 Our colleagues at Fire Curtains India have just attended the Acetech Exhibition in Delhi. The stand included demonstrations of our Fire Curtains and Fire escape chute products

In 2005, the British Government decided to renovate and unify the existing Fire Safety legislation, which at the time was comprised of nearly 80 separate Acts. Through doing so, the Regulatory Reform Order was born, which became law in England and Wales the following year. It covers the ‘general fire precautions’ and fire safety duties

In March, Fire Curtains Group exhibited at MADE Expo, the international design and construction trade show in Milan, Italy. Our Fire Curtains generated a lot of interest from architects and engineers who saw them as a great alternative to traditional fire barriers and compartmentation techniques.

Our colleagues at Fire Curtains India have just attended the Acetech Exhibition in Delhi. The stand included demonstrations of our Fire Curtains and Fire escape chute products.

Fire Curtains group is aiming to set up a manufacturing site on the east coast of the USA by the end of this year. It comes after we invested £500,000 on expanding our premises in Syston, hiring 10 new people, buying 2 new machines and investing in marketing. Our company that manufactures and distributes in

Smoke & Fire Curtains Ltd are pleased to launch our new look website, we hope it gives you a better browsing experience and we welcome any feedback to improve our services in any way possible. We hope we have made it easier to find the right product for you or your company. If you have