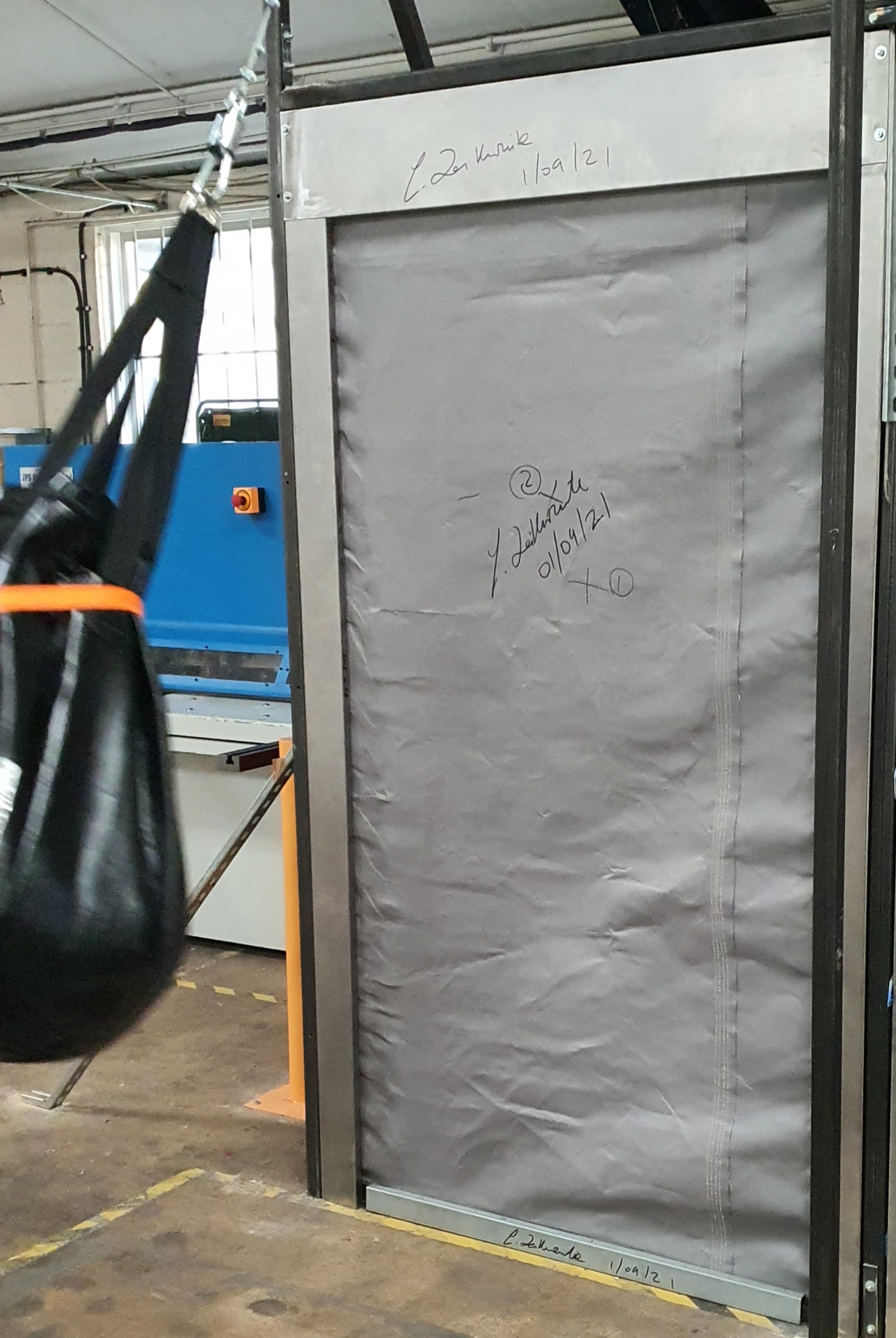 Smoke and Fire Curtains Ltd are pleased to announce the successful completion and pass of BS 8234-2 specification requirements to ensure the performance requirements are met for strength and robustness.

Multi position deployment checks were passed as well as gravity fails and velocity speeds in line with the standard.

The system was tested to see how it responds and reacts when a severe duty impact force is applied. Two impact tests were carried out, these included a 50kg weighted bag, the purpose of the tests was to identify whether Smoke and Fire Curtains Ltd Active Curtain Barriers are suitable for its intended use. A great result.

Testing of the ancillary equipment included

An optional braking system is available to allow a stage descent during gravity deployment. Partial descent to a predetermined level to permit preliminary escape and initial smoke containment, after delay the barrier descends to full operational position.

The system control can be programmed to allow a timer delayer on the alarm for a number of seconds before the barrier descents to its fire operational position.

Hold on retract facility for escape and emergency service access.

Flashing light and sirens are connected to the control panel and provide a warning when the curtain is about to descend. When the fire alarm is triggered, and the fire curtain deploys the beacon will flash and a sounder alert until the signal from the alarm is lost. Please note that when used in isolation the audio-visual unit does not stop the fire curtain descending or retract the curtain.

On activation of alarm the voice recording warning system will both flash and sound out a voice warning for example “Warning Fire Curtain Descending”, the recorded message details can be changed to suit application requirements.